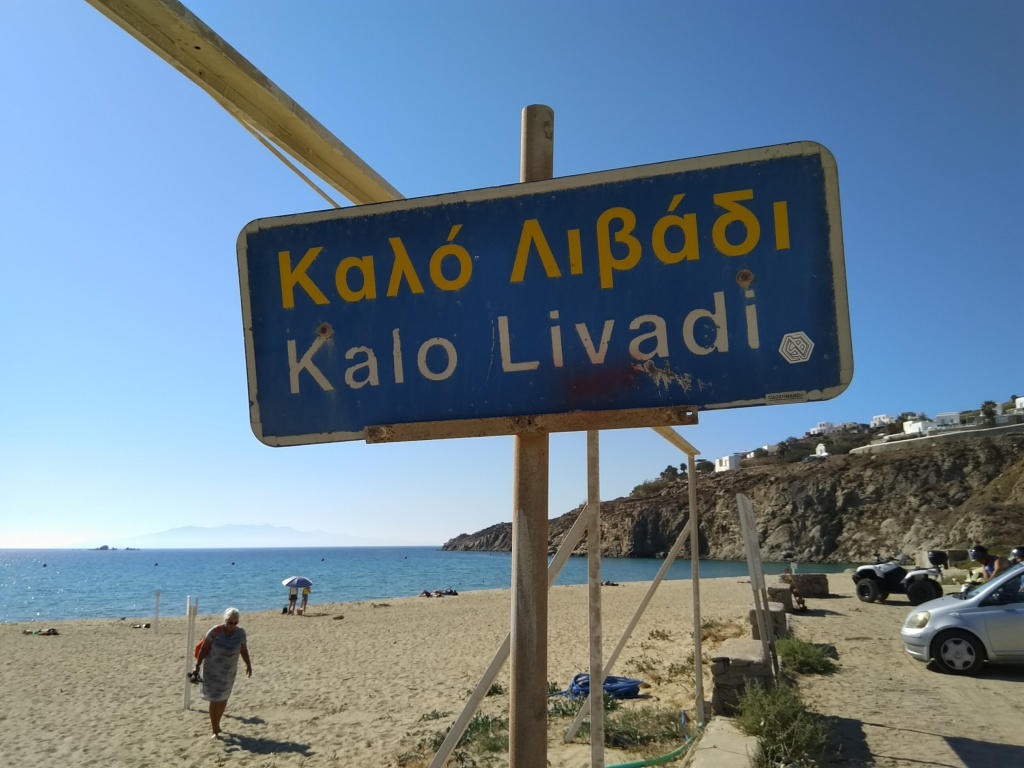 Confession: we were never very big fans of Lindsay Lohan’s Beach Club, though we do love Lindsay Lohan herself. This past summer we were kinda busy, so it took us a while to get to Mykonos. We figured that because TV is a gift from God (or the 1950s?) and must guarantee permanence, we’d sidle up to LiLo’s little taverna spot at Kalo Livadi beach and sip a Lohan Daquiri—perhaps sweet and frosty, like herself!—or some such. Instead, what we found was…wha-tt??..this:

Yikes, right? From wild abandon to what looks like total abandonment. So much for helping out the local economy. Okay, not that Mykonos is some kind of impoverished island like Manhattan.

We hear that LiLo’s show was not renewed for a second season, which is no surprise when this is your idea of property management.

So we also found this, poking out of the sand: 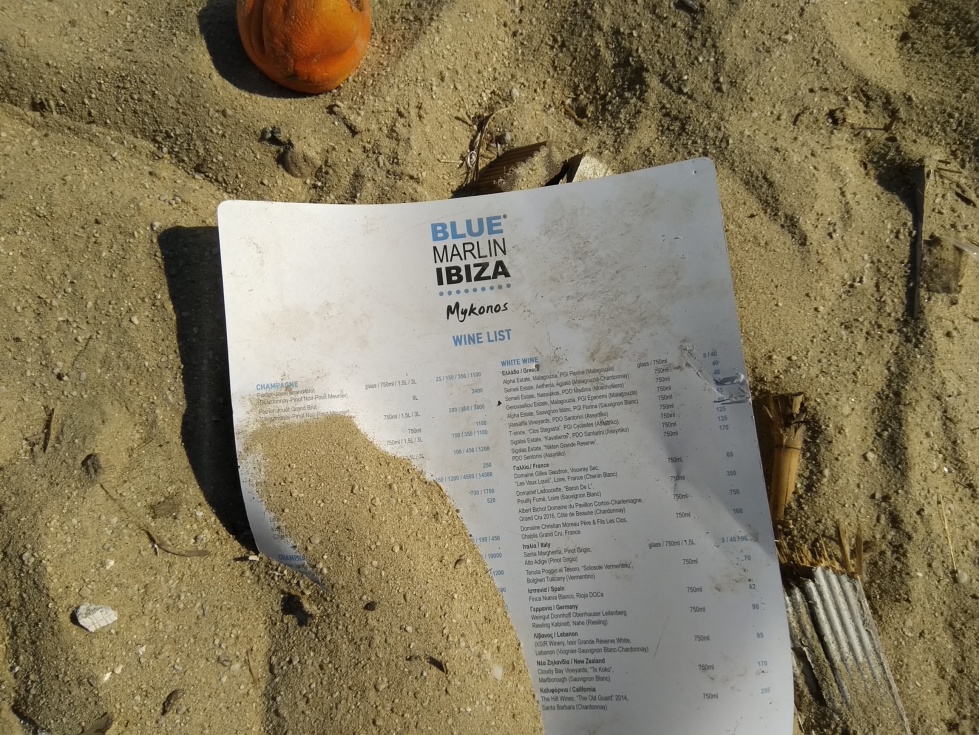 Apparently the venue that housed the beach club will become an outpost of Blue Marlin Ibiza in time for the next big tourist season. Did Lindsay herself tuck that competitor’s menu in the sand with a snarl, encroaching as it did on her own brand? We’ll leave that for some other mean girls to contemplate.