Admit it: you thought all the ruins were in Athens. You thought that Thessaloniki — if you thought about it at all — was a place where there was a lot of good stuff but not much in the way of ancient relics, right? Wrong!

Much as you might like to party like Paris Hilton on a Greek island all summer, you know that there is more to see in Greece than Mykonos. Athens has cultural wealth and sun to spare, but the pull of Thessaloniki is something different. The Greek capital sometimes succumbs to a touristy vibe that is altogether absent in Greece’s second city, just 190 miles to the north. That makes Thessaloniki, which is the capital of Greek Macedonia and named for the half-sister of Alexander the Great, something of a secret.

The city’s past is denser and more layered than a flourless dark chocolate cake and sometimes as bittersweet: Students of Second World War history will recall Thessaloniki as a place whose large Jewish population was decimated by the Nazis. Did you know that this city was home to the largest Jewish cemetery in the Mediterranean until the Nazis destroyed it? It may not seem easy to destroy 300,000 tombstones, but the Germans made quick work of that — and that was the “nice” part. In 1943, virtually the entire Jewish population of Thessaloniki, numbering 46,091, was hauled off to Auschwitz in cattle cars — a couple of which are preserved on the periphery of the city’s train station. There were 19 meticulously organized transfers. Only 1,950 Jews would return to the city of whose fabric their community had been a vital part for more than 21 centuries. 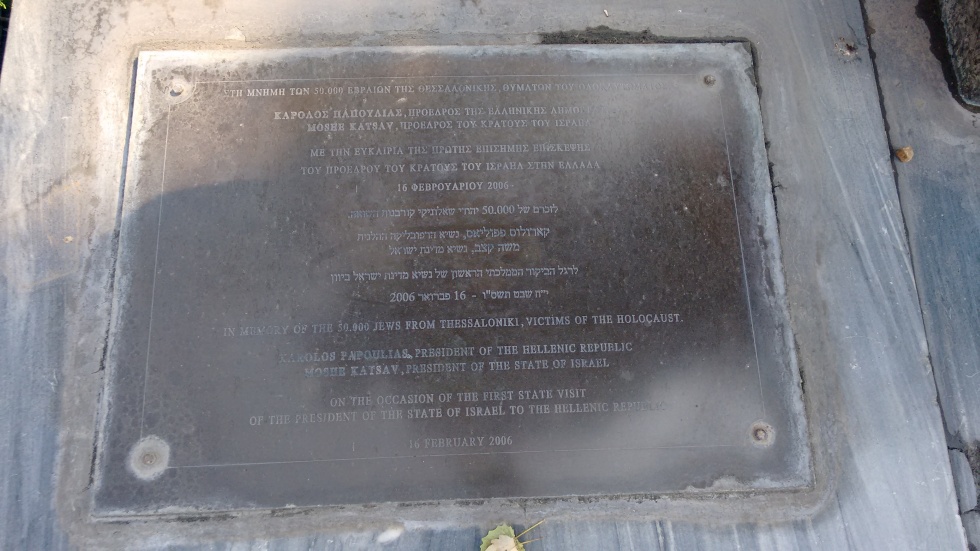 In certain periods in time, it was the one of the highest populations in the city, especially after 1492. The first Jews came around 140 B.C. from Alexandria, the so-called Romaniote Jews. The arrival of almost 20,000 Jewish newcomers deported from Spain, though, was what altered the face of the city. Through their skills and abilities, the (‘Sephardites’) revived the wounded Thessaloniki after its conquest by the Ottomans and contributed to its commercial ascent. In 1870, the 50,000 Jewish residents constituted 56 percent of the Thessalonian population, while in 1941, 36 synagogues were fully functioning. The city’s oldest synagogue burned in the 1917 fire that leveled much of the historic center. The Nazis destroyed all the others save one, the Monastirioton Synagogue, which was built in 1927 and has been beautifully restored. I went inside to take a peek: very light and bright.

It’s hard to overstate the impact of Jewish culture on Thessaloniki: The city’s first newspaper, first bank and first hospital were all Jewish initiatives. Even today, leading figures in science, literature, business, politics and fashion have roots in the once -booming Jewish community of Thessaloniki, such as former French President Nikolas Sarkozy and fashion icon Diane Von Furstenberg. A visit to the city’s Jewish Museum, housed in a landmark 1904 building by Sicilian architect Vitaliano Poselli, is a must. But to get a sense of how the city absorbs its history, do more: Explore the old Jewish Market building (Modiano Market)…

…once the city’s liveliest, but now overshadowed by the more vibrant Greek market. Stand at the edge of Platia Eleftherias, or Liberty Square, and feel your heart sink: This is where, on the unbearably hot day of July 11, 1942, Germans rounded up 9,000 local Jews on the pretext that they were to undergo a census before they were deported. There are plaques and small memorial sculpture. Soon, there will be more.

Contemplate this, then look behind you at the expanse of the Thermaic Gulf—the northern pocket of the Aegean Sea right across the street—with the round White Tower monument in the distance and a sensation of disorientation is almost assured.

Above: the White Tower, where the Turks of yore did not nice things, and lots of them. Below, more Ottoman leftovers, with a little flower market to soften all those stones.

The whispers of the departed hang everywhere in this city, sometimes tragically, other times gloriously. After all, this is the city that in the days of Philip II of Macedon would steal Athens’ thunder. It thrived under Roman rule (as a free city) too. The 4th-century Arch of Galerius and Rotunda are impressive monuments to the Roman era, as is the vast Roman market area that is ringed by modern apartment blocks. 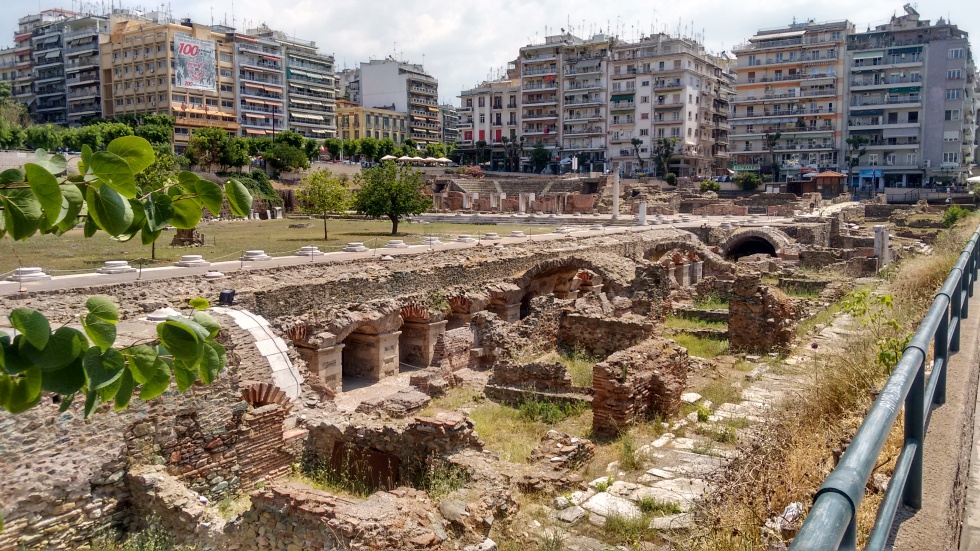 And let’s not forget the Byzantine age, when Thessaloniki was rivaled only by Constantinople, and then, of course, the Ottoman Turkish period. Frankly, it’s enough to give you a moderate case of mental indigestion but fortunately the food in Thessaloniki is some of Greece’s best. 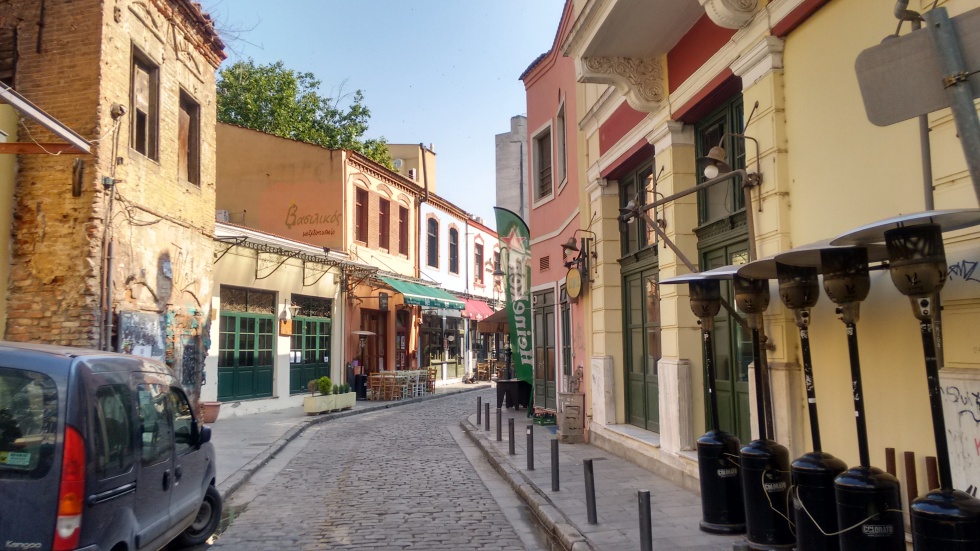 The vitality of the city grabs hold of you, will not let you go. Stroll around the old quarter of Ladadika, which survived the 1917 conflagration. The strains of live bouzouki music emanate from one restaurant after another. Pastel colors and eastern fragrances envelope you in a relaxed but cosmopolitan cocoon. My only advice is to not be in a hurry like me; rushing through Thessaloniki is a recipe for regret. Oh, and if you want a boutique hotel that exudes good cheer and has a great bar and breakfast space to boot, go for Colors Urban Hotel, very true to its name.